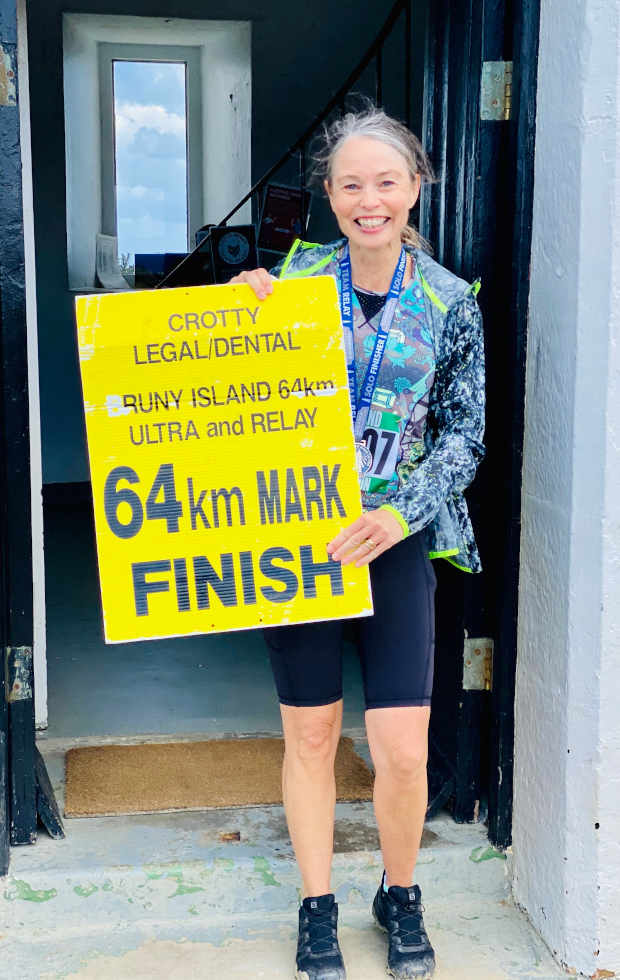 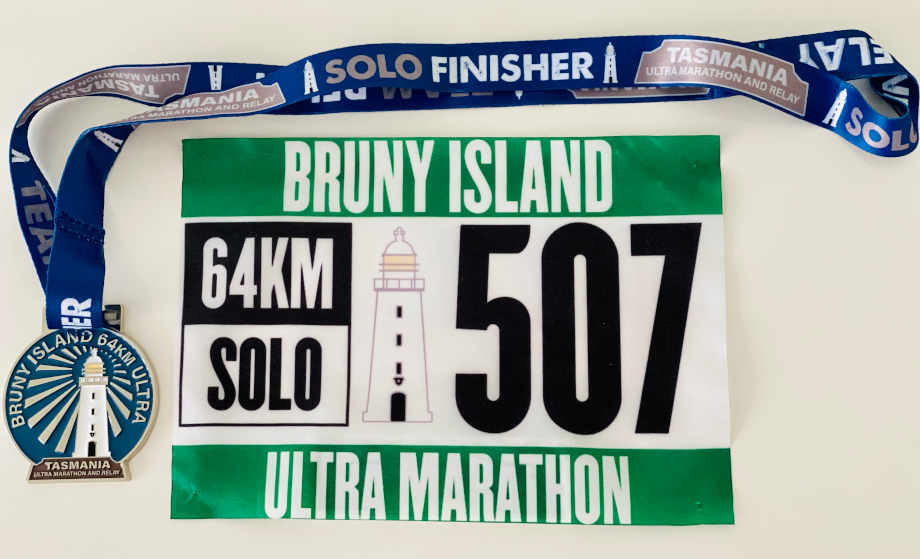 It would seem a case of ‘from the sublime to the ridiculous’, but when I’ve not been stuffing my face with cake, I’ve been running. Running a very, very long way as it happens …

On Saturday, 4 December, I completed the Bruny Island Ultramarathon in Tasmania – an event I’ve loved since the first time I did it five years ago.

‘Love’ would seem an unusual choice of word, for most, to describe the iconic 64-kilometre race from Dennes Point at the island’s northern-most tip to the lighthouse at breathtaking Cape Bruny in the south, particularly as I’ve been a masochist and done it solo on both occasions. (You can also enter as a member of a relay team.)

That course means there’s no settling-in period: your first two kilometres are straight up hill. That goes, too, for much of the gruelling final third of the race, including the adding-insult-to-injury steep flight of steps and pathway to the lighthouse, coming just when you feel like you have tree stumps strapped to your screaming quadriceps.

When I first did the ultra in 2016, the weather was clement and calm. But things couldn’t have been further from that this year – I started in heavy and steady rain, and experienced slap-in-the-face hail and whipped-up sea spray along the way, not to mention winds gusting up to 85 kilometres an hour, which certainly kept me running. The only thing was … it was in the wrong direction! That’s right – several gusts were so strong that they actually blew me backwards!

With those challenges, I was ecstatic to finish eleventh out of the female solo competitors – in a time of just over seven hours, which was only three minutes outside of my 2016 result.

When you run a big and tough race like Bruny, there is usually some sort of ‘carrot’ that you envisage dangling at the end that makes you overlook the harsh punishment of the stick and drives you on.

For me, this year, not only was the carrot the intrinsic will to finish and get that medal, but the lure of ice cream! I’d promised that my refuel would comprise a trio fix of that frozen gourmet delight from a local operator, and, my word, did the reality live up to the expectation! (See? Food is still involved somewhere for me!)

Those 64 kilometres I’m also putting down as ‘research’, as my next book features a group of female runners. Stay tuned, lovely readers …